XyloCor Therapeutics is a biopharmaceutical company focused on the development of novel gene therapy for unmet needs in advanced coronary artery disease. In the United States, coronary artery disease is a leading cause of death and disability. Our lead product candidate, XC001, is in clinical development for patients with refractory angina for which there are no treatment options. XyloCor also has a secondary product, XC002, in discovery stage, for patients with cardiac tissue damage from heart attacks.

Improve the lives of people who struggle with daily activities due to cardiovascular disease through our commitment to advancing the science of gene therapy.

XyloCor founders Dr. Ronald Crystal and Dr. Todd Rosengart started their collaboration in the 1990s at Weill Cornell Medical College where they combined their expertise in gene therapy and cardiac surgery to develop potential treatments for patients with advanced coronary artery disease. Their work continues to be referenced by the scientific community and is the foundation for the creation of XyloCor and its clinical programs. XyloCor holds exclusive license from Weill Cornell Medical College for the gene therapy being developed by the company. 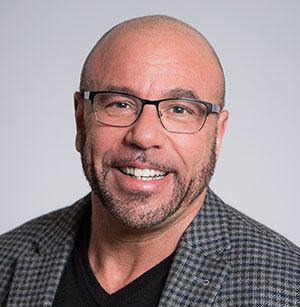 Al Gianchetti has more than 25 years of drug development and commercialization experience, including over 10 years in the cardiovascular/metabolic therapeutic area. He has held executive level roles at GSK and additional leadership roles with small biotech and specialty pharma companies including Vanda Pharmaceutics. Mr. Gianchetti has extensive experience in both commercial strategy/operations and R&D including seven Phase III programs, over 10 Phase I/II programs and several product launches. 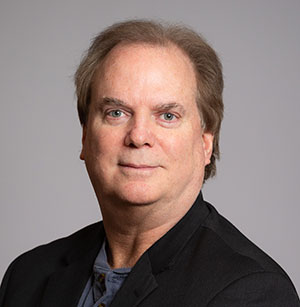 Rickey Reinhardt, MD has 23 years experience in the pharmaceutical industry, including Merck, Novo Nordisk, GSK, and Regenxbio, where as a translational scientist and clinical drug developer he has successfully led multiple cross-functional teams and departments in bringing various NCEs to commercialization. His latest achievement was the EU approval of Strimvelis®, the first ex‑vivo gene therapy in the treatment of severe combined immunodeficiency. Dr. Reinhardt is boarded in Internal Medicine and Endocrinology and he has a PhD in pharmacology.

With more than 25 years of experience in the biopharmaceutical industry, Alex Gaidamaka has a wealth of biologics R&D expertise including preclinical, process & analytical development, GMP manufacturing and validations. He also has significant regulatory experience across multiple technology platforms from his tenures with Sanofi Group, AmpliPhi Biosciences, Personalized Onco Therapeutics Inc. and other companies. Dr. Gaidamaka has a PhD in immunology and microbiology and is a Doctor of Veterinary Medicine. 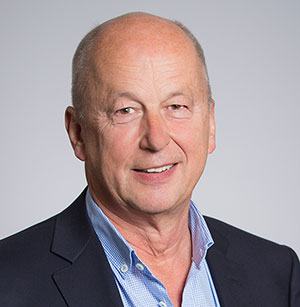 Rémi Gloeckler, PhD, has more than 25 years of experience in quality and manufacturing leadership in gene and cellular therapy. He was Transgene’s Vice President of pharmaceutical and industrial operations and then formed Pharmincell in September 2011 where he has consulted for leading gene therapy companies both in Europe and North America. 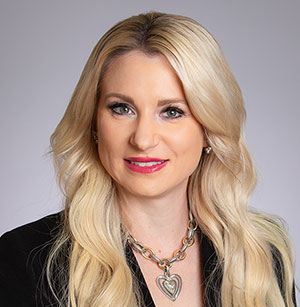 Jennifer Augusti has over a decade of experience in financial valuation, budgeting and operations for biopharmaceutical companies. Her previous roles include progressive experience with investment and commercial banks and consulting work for numerous clinical stage biotech companies. She began her career at JPMorgan in investment banking performing financial analysis, modeling and due diligence.

Michael Carson has 20 years of progressive accounting experience in the healthcare industry with both publicly traded and pre‑IPO companies. Recently, he was the Director of FP&A at Neuronetics. He began his career at Deloitte and has worked with Abbott Laboratories and Smiths Group in different finance and accounting capacities. Mr. Carson is a licensed Certified Public Accountant with the CGMA designation in the Commonwealth of Pennsylvania. 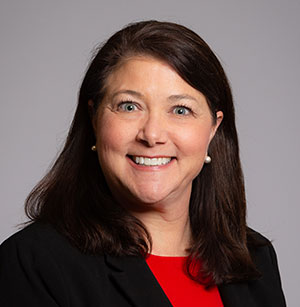 Dawn Byrnes has 23 years of experience working in the clinical research industry, including involvement across all roles of project/portfolio management. Her background spans all phases of research, I‑IV, in a variety of indications including Cardiovascular, Hematology/Oncology and multiple rare diseases. Ms. Byrnes held several leadership roles including Global Operations Lead and Region Head for the Americas in her career at PPD. 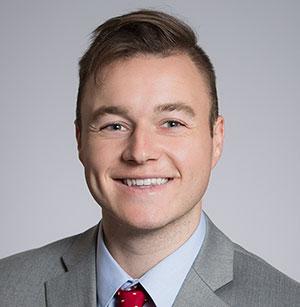 Mark Peterson holds valued experience in clinical trial management, working on multiple Phase I/II and Phase III studies in various therapeutic areas. He served as the project administration lead on his studies while at PPD, in addition to holding other clinical trial site management positions. 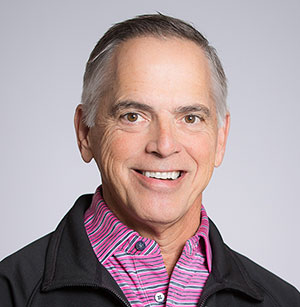 Howard Dittrich, MD, is a cardiologist and Adjunct Professor of Medicine and Chair of the Board of Directors of the François M. Abboud Cardiovascular Research Center at the University of Iowa Carver College of Medicine. He is currently CMO at Cirius Therapeutics and was previously CMO at several biotechs including Hawkeye, NovaCardia, and Sequel. Dr. Dittrich has extensive experience in regenerative medicine for CV disease.

Mr. Batchelder’s most recent operational role was as co‑founder and CEO of Civitas Therapeutics (sold to Acorda). He also previously CEO of BIND Therapeutics (sold to Pfizer) and Acceleron Pharma (NASDAQ:XLRN). LEARN MORE >> He started his biotechnology career at Millennium Pharmaceutical serving in roles of increasing responsibility including SVP of Operations.

Mr. Batchelder serves as Chair of Synchronicity Pharma and Kantum Bio. He also serves on the Board of Directors for the Synspira and the Michael J. Fox Foundation. He previously served as the Chair of the Board for MassBio. He received a BS in Chemical Engineering from Lehigh University. << CLOSE 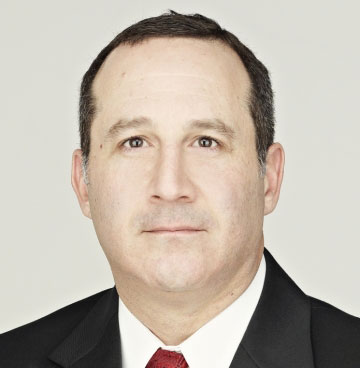 Fouad Azzam, PhD, an experienced venture capital leader, joined LSP in 2007 and became a General Partner of the firm later that same year. His prime focus and responsibility within LSP is to invest in unlisted securities... LEARN MORE >> and manage the firm’s North American operations. Prior to joining LSP, Dr. Azzam was the Managing Director of Eastman Ventures where he built-up its Healthcare and Advanced Materials practice. As Managing Director, he was responsible for numerous early- and late-stage investments across the US and Europe. Prior to his role at Eastman Ventures, Dr. Azzam held senior leadership positions in innovation and corporate development at Eastman Chemical as well as operating and technology roles at Occidental Chemical and BFGoodrich. Dr. Azzam is currently a Director at BioClin Therapeutics, Cardiac Dimensions, Endotronix, Illuminoss Medical, and Simplify Medical. << CLOSE 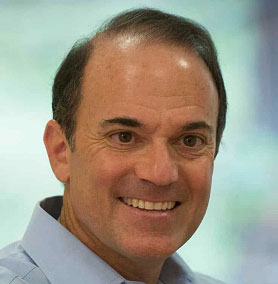 Alan Colowick, MD, joined Sofinnova as a Partner in 2017. He focuses on clinical-stage product companies, particularly in oncology, rare diseases and other specialty therapeutic areas. LEARN MORE >>He currently serves as Chairman of InCarda Therapeutics Inc., Executive Chairman of Principia Biopharma, and Board member of Human Longevity, Inc and Velos Biopharma.

Before joining Sofinnova, Dr. Colowick held executive management and board of director positions at numerous companies in the biotechnology sector. Most recently, he was Executive Vice President at Celgene Corporation, and prior to that held positions of President for Celgene’s Europe, Mid-East, and Africa regions as well as Senior Vice President of Global Medical Affairs. Previously, Dr. Colowick was the Chief Executive Officer at Gloucester Pharmaceuticals, Inc. until its acquisition by Celgene in 2010. Before becoming CEO at Gloucester Pharmaceuticals, he was President, Oncology for Geron Corporation and was Chief Medical Office of Threshold Pharmaceuticals. Prior to that, Dr. Colowick held numerous positions of increasing responsibility at Amgen Inc culminating with his role as VP, Medical Affairs Europe.

Dr. Colowick received an MD from Stanford University and an MPH from Harvard University. Additionally, he completed specialty training in Hematology-Oncology at the Dana Farber Cancer Institute and Brigham and Women’s Hospital. He has a BS in Molecular Biology from the University of Colorado. << CLOSE 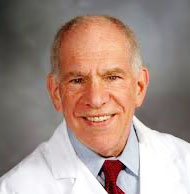 Ronald Crystal, MD, is Bruce Webster Professor and Chairman, Department of Genetic Medicine, Weill Cornell Medical College and Director of the Belfer Gene Therapy Core Facility. He has been a leader in gene therapy... LEARN MORE >> for more than 20 years and developed the FDA-approved therapy for alpha-1 antitrypsin deficiency. Dr. Crystal is also the first to use a recombinant virus as a vehicle for in vivo gene therapy. << CLOSE 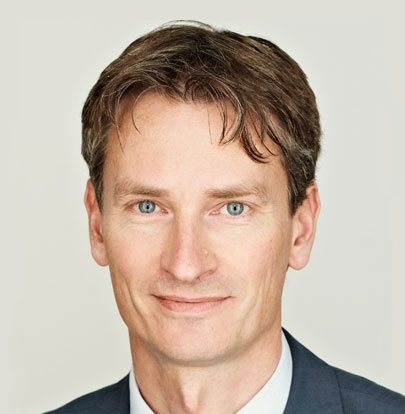 John de Koning, PhD, is a partner at LSP (Life Sciences Partners), one of Europe’s leading investors in the healthcare sector. Prior to joining LSP in 2006, Dr. Koning was the Managing Director of Semaia Pharmaceuticals (acquired by Hybrigenics). LEARN MORE >>Previously, he was a senior researcher within several prestigious medical research labs. Dr. Koning currently serves on the boards of Merus (NASDAQ: MRUS), eTheRNA, GTX medical and Aelin Therapeutics. He also served on the boards of several other companies, such as argenx (NASDAQ: ARGX), BMEYE (acquired by Edwards Lifesciences) and Prosensa (acquired by BioMarin). << CLOSE

Al Gianchetti has more than 25 years of drug development and commercialization experience, including over 10 years in the cardiovascular/metabolic therapeutic area. LEARN MORE >>He has held executive level roles at GSK and additional leadership roles with small biotech and specialty pharma companies including Vanda Pharmaceutics. Mr. Gianchetti has extensive experience in both commercial strategy/operations and R&D including seven Phase III programs, over 10 Phase I/II programs and several product launches. << CLOSE 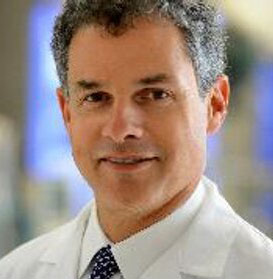 Todd Rosengart, MD, is Professor and DeBakey-Bard Chairman, Department of Surgery, Baylor Medical College; Professor of Heart and Vascular Disease at the Texas Heart Institute. LEARN MORE >>He has been a leading researcher in cardiac angiogenesis and regeneration for more than 30 years and together with Ron Crystal, M.D. was the first to administer the adenovirus vector for cardiac gene transfer in the U.S. Dr. Rosengart is also co‑founder of Vitals.com << CLOSE